8 favorite places you must visit in Niederthai

When locals reveal their secret places of inspiration and strength, it is certainly about particularly beautiful places, superb views and magical spots that get under your skin. Our author visited them together with locals from Niederthai's sunny plateau. And it was truly amazing!

A couple of silhouettes stand out against the sky. Their movements are fluent: the Qigong participants blend harmoniously into the Alpine scenery - standing on an erratic boulder from the Ice Age, called "Platte". Magical powers come from it, explains Hansjörg Holzknecht from Gasthof Bichl: "Scientists have measured that the Platte Area has four times the energy compared to other Alpine zones. I felt that myself. Our son Florian was a sickly child in the first two years of life. Neither he nor we as parents could sleep by night. So I wrapped him in blankets and pushed his pram the short way up to the Platte Area. Afterwards Florian slept soundly there. Me too, by the way!"

I walk through the knee-high Alpine rose bushes together with Michael Leiter from Biohotel Veitenhof in Brand. "I go up this mountain several times a week," says Michl. It takes around 60 minutes to ascend up to an altitude of 2283 meters and 30 minutes to walk down. With city plants like me he chooses a more leisurely pace. From the flat summit, Strahlkogel peak at 3288 m - the highest mountain in the Larstig Mountains - comes into focus. "Here I recharge my energy in almost no time and can start into the next day. Really relieving!"

Huge masses of rock thunder down into the valley, the primeval force corresponds to an earthquake of magnitude 7.5 on the Richter scale. Almost 10,000 years ago, a giant rock wall plunged into the valley near Köfels, its rock masses reached the opposite mountain flank. This rockslide created the wood-covered Tauferberg ridge, Erika Falkner-Gigon's (from Gasthof Stuibenfall) favorite place. Through the enchanted forest, Erika leads me to Hoher Stein, the largest of all rocks - and a true Dorado for climbers! Luckily, also a ladder leads up the huge boulder to enjoy the magnificent view of Längenfeld's wide open valley basin: "For me, Tauferberg is a magical mountain. You go there and come back somehow changed."

"Grosser Stein", the favorite place of mountain hiking and nature park guide Niki Leiter, can also be found at Tauferberg. We make our way through a labyrinth of holes in the ground and rock bridges. A cold breath blows out of the grottos, as from the depths of time. And then the miracle stands in front of us - incredibly beautiful in its simple form: the "Great Stone". Rising smoothly towards the sky. A huge monolith, formed by the glacier, moved by primeval forces. In front of us the wide open, sun-kissed plateau of Niederthai, framed by eye-catching summits. A widescreen panorama reminding of a sentimental film. Only in real. And without an acoustic amplifier. You don't need it here. Silence is the sound of the mountains. 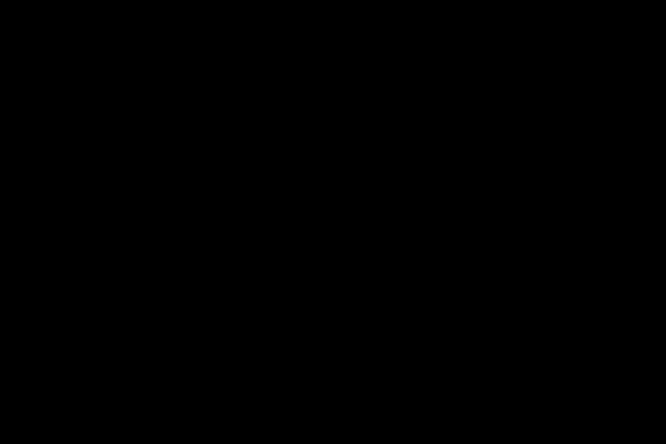 Because of the silence and the love for her husband Peter Falkner, owner of Hotel Falknerhof, Steffi Falkner moved to Niederthai: "I find the real wealth in simplicity," says the Saarlander, referring to her favorite place - Untere Hemerach Alm. It's pretty hidden in the middle of the forest. A clearing with age-old huts - called "Thayen" in Ötztal dialect, with a wooden trough, bubbling water from an Alpine spring and with a bit of luck also with deer that graze in the clearing. We wade through the ice-cold water of the small pond. A thousand sparks explode in your body and make you forget tiredness at once. Längenfeld nestles deep below us. The chain of summits of the Ötztal Alps extends on the opposite side. You feel like taking off and indulging in endless natural beauty!

Steffi's husband Peter Falkner is a passionate hunter. From Untere Hemerach Alm, on which his family rents a "Thaya" as a refuge for regeneration, he is often drawn even higher to Obere Hemerachalm and to the "Kanzel" area, a vantage spot above the tree line. "It is quite helpful to see things from a distance so that you can adjust them close by," he states.

"The Stuibenfall loop trail is my sporty challenge and my favorite place," Dominique Gigon states. The Frenchman fell in love with Erika Falkner - later the owner of Gasthof Stuibenfall - and the waterfall already in 1992. On the old road to Niederthai we just hear the rushing waters of Horlachbach brook which turns into a powerful cascade further down. At the end of a forest trail, the black Madonna awaits us in the Rattal Chapel. A real treasure that won't be discovered by those only looking for direct access to the Stuiben Falls!

Then it thunders towards us with elemental force - the biggest waterfall in Tirol. A bold steel staircase construction leads up close along the waterfall that plunges some 159 m into the valley. On the 728 steps we take breaks on two suspension bridges and five viewing platforms. On the third, the "ion platform", Dominique takes a deep breath of the "Stuiben" water particles which gave the waterfall its name: "It has been scientifically proven," he says, "that water spray has a positive effect on the respiratory tract and blood circulation."

"The journey is its own reward" - this saying fits perfectly here. Hermann Falkner, owner of Hotel Tauferberg, describes Bergmahderweg Trail above Horlachbach brook as his favorite place. For Hermann the hike means a leap in time back to childhood. "As a boy, I often had to look after the cattle of our farm together with my brothers and sisters for days. But even the arduous work on the steep Alpine pastures, the mountain meadows, stands for a great experience that has shaped me a lot." The old hay barns are still there. A small chapel was built a few years ago. As a direct link to the sky above the Alpine pastures.

An overview of all places of longing around Niederthai

The renowned journalist and sporty globetrotter from Hamburg has a great passion for the Ötztal and its manifold contrasts and activities: